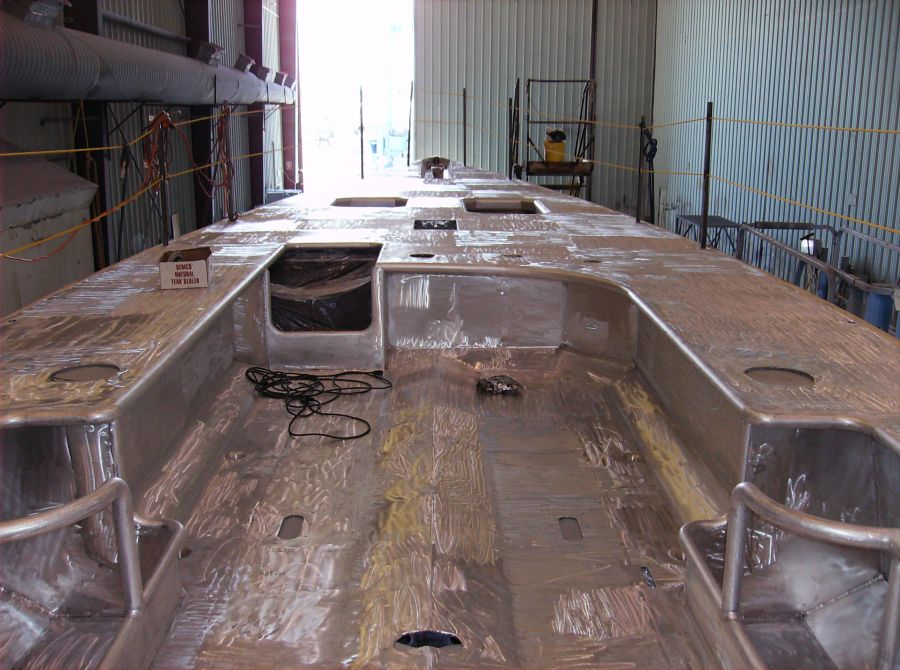 Victory ’83 arrived in the Portsmouth, RI right after Thanksgiving 2007.  The deck hardware and winch package had been sold to another twelve in Europe before she shipped as were her spars and rigging.  She arrived as a basic bare boat.  She was a sad sight but there was the renewed promise that she would soon be in the shed getting a long overdue refit.

As much demo work as possible was completed while she was still in the water.  Welded splash rails were cutoff around the mast and systems were removed.  Design work progressed on the deck modifications and subcontractors were lined up.  A new winch package was ordered as were hydraulics and deck hardware. 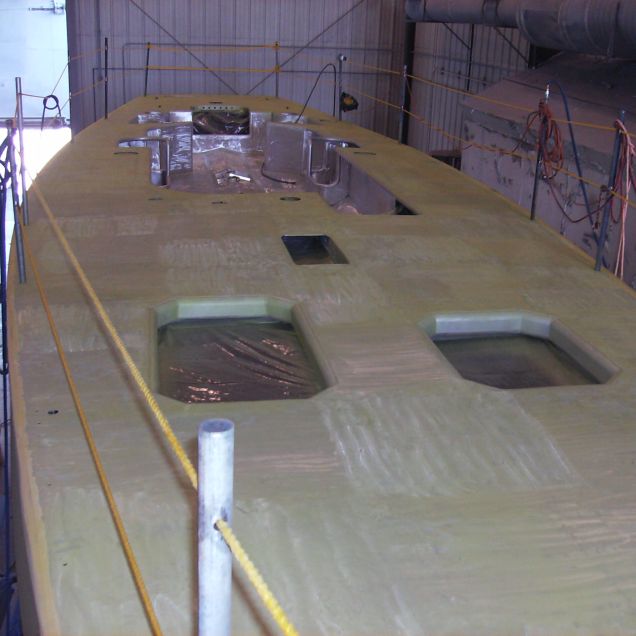